What is Rapid Prototyping?

Rapid Prototyping and Rapid Tooling:
The fast new technology for the production of functional prototypes and pre-series 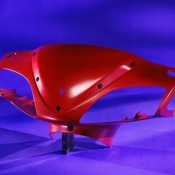 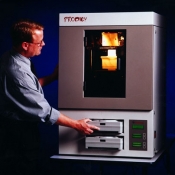 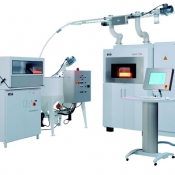 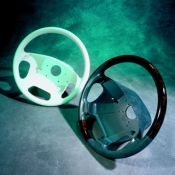 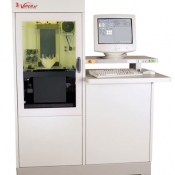 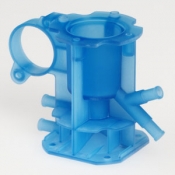 In the seventies, automation was the headline of industrial production, the eighties, rationalisation and cost and in the last decade of the 20th century, a new maxim: Speed! The reduction of development time is still the most important criteria, time-to-market factor. Pricing has become less important, if a company can deliver good, quality products quickly, it will receive the order. The automotive engineering industry is a very good example of this development. In former times the lifespan of a model was 12 or even 15 years. Nowadays the first modifications are made after two years and a new model produced after 4 years.

The new technologies of Rapid Prototyping and Rapid Tooling, which are now about 10 years old, were the basis for this trend, reducing development times of several months to a few days or maximum one week. Various generative techniques and processes that can transform a CAD record into a scaled, unique prototype within hours, mostly by means of a laser, are then followed by Rapid Tooling, a technology that copies the prototypes. The prototype is cast using metal, plastics or silicone and a functioning negative mould is generated. Depending on the characteristics of the material used and the complexity of the mould, it can be used many thousands of times.

It is therefore, no miracle that this fast technology has become state of the art in every development department. Companies that so far haven’t been able to afford this quite expensive equipment are able to take advantage of many companies providing Rapid Prototyping and Rapid Tooling services. A lot of technical universities and training centres have also established an appropriate department.

As the development of these generative processes is as fast as the development of their own techniques, the difference between prototype, batch production and serial production is becoming less and less. In the beginning, Rapid Prototyping was used as a method, to quickly fix and check a design. Nowadays, the trend is Rapid Manufacturing and Rapid Production, enabling several thousand parts to be produced, tool free within a short time.

But Rapid Prototyping and Rapid Tooling do not only serve for reducing the development time and or allowing for fast production, it is imaginable that in the near future one of these new generative technologies could be used where storage space or logistical systems are not available because of high costs or lack of space.

It does not matter if you are on an aircraft carrier, a polar research station or in a laboratory in space: Using this new technology, all that is needed is the basic recipe in fluid or powder and the geometry for all parts on CD. If required, the necessary part can be built in any geometry and composition of materials within some hours, stock-keeping therefore, is no longer necessary.