Early metal casting
The oldest preserved cast parts – weapons and cult objects made of copper – originate from the Middle East and India. They date back to the period around 3.000 BC. It is possible that metal casting technology, using moulds originated in the Middle East. However, there are suggestions that this process may have been developed in India and China.

The melting ovens of the early Iron Age can partly be traced back to ceramic burning ovens. The model and mould building was mastered very well from the beginning. Lost moulds made of loam and clay, wax models, single piece-work as well as permanent moulds made of stone and metal for the serial production of casting parts were already used. The production of hollow spaces by using cores, has already been proved by the oldest casting parts discovered.

Metal casting from the Middle Ages to Industrialization
After the great performances in the field of metal casting during antiquity, it took a long time to match the former level in the occidental Middle Ages. However, whereas there is hardly any continuous documentation about casting technology during the antiquity, the German monk Thophilus already examined the forming and casting very intensively around 1140. The “fireworks books” – especially the book by Italian Biringuccio - were written after 1500 AD should also be mentioned in this context. Loam, plaster and wax were the most important working materials. Crucible and later flame ovens were available for the melting of copper, tin and lead alloys. Casting by means of forming sand was common for small parts; permanent moulds were of great importance for the serial casting of lead and tin materials. In the beginning, the casting of bells and other clerical equipment was the main focus. Relief casting matched the artistic quality of the antique metal casting at the beginning of modern times.

Early iron casting in China
The Chinese had mastered the melting of iron since 500 BC, 2.000 years before the Europeans. New excavations proved that they succeeded in the mass production of cast tools and farm equipment after the development of iron casting.

European iron casting before industrialization
Around 1400, gun-barrels and bullets were the first iron cast products in Europe. The forming technology for the barrels corresponded to loam forming by means of templates, already developed for the casting of bronze in the Middle Ages. After the loam forming technology used in the beginning for the serial production of bullets, the use of permanent moulds made of cast iron emerged. In the middle of the 15th century items such as water pipes and bells were produced from cast iron. The first period of artistic applications for iron casting started in 1500 by producing plates for stoves, ovens, monuments and fountains.

Iron casting during industrialization
The development of new technologies and an increased demand for cast parts gave tremendous impulses to the metal casting industry during the second half of the 18th century.

The artistic design of iron casts was not only limited to the creation of decorative objects but was also used for the production of machine parts and articles of daily use. Since about 1900 the automotive industry has been an essential and growing market for cast iron materials. And they have also been successful in manufacturing malleable fittings as heat treated cast iron and to pour steel into moulds.

Casting and artwork
From the early beginning to present day, metal casting has been used to create works of art. And this still applies to modern art.

Gießerei-Verlag GmbH, Düsseldorf, kindly allowed us to put the pictures on our page 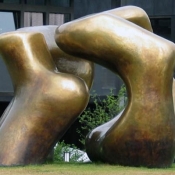 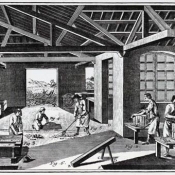 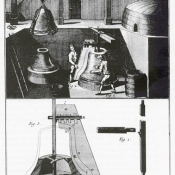 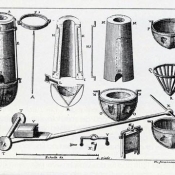 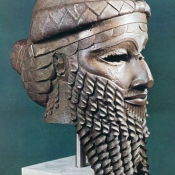 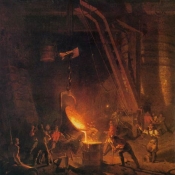 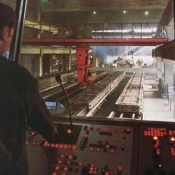 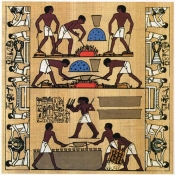 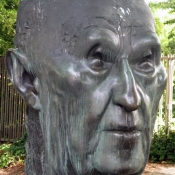