This system actually contains two systems: two Systems 2, to be precise. Each of these systems can be operated autonomously and independent from the other one in order to mould parts up to the size of a television casing. If the size of one chamber is not big enough, both units can be combined automatically to a big chamber by just one touch of a button.

Parts up to a length of 2.5 meters and 10 kg overall weight can be cast in this chamber. The system is charge though the side door. 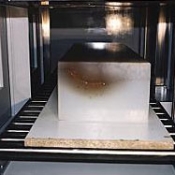 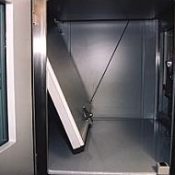 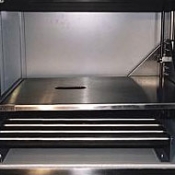 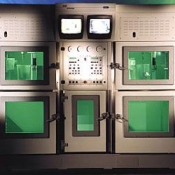 Here you will find the appropriate ovens.

If required, MK equips all chambers from System 1 upwards with the so-called Differential Pressure System.

We recommend the application of the roller conveyor for the transport of medium-sized and large moulds, as weight can be up to several hundred kilos.